We are a closely knit, family run collective of concrete specialists born and raised in Calgary, AB. Our dedication to our craft has earned us the reputation as one of Calgary’s best custom concrete contractors. We incorporated in 2008 after nine years of learning the concrete trade as employees and apprentices. Freehold Concrete’s backbone is a collection of journeymen that have been friends since childhood. The pride we take in our craft and our reputation for accountability and quality workmanship guarantees our customers an exceptional final product and overall experience.

As accomplished concrete contractors in Calgary we complement our customers’ concepts by offering insightful construction ideas and options to stay on budget while achieving a balance between high end aesthetic appeal and practical application.  We are not here to sell you something you do not require; you have a need for concrete, and we are one of your best options to achieve a premier product.

Our teams’ proficiency in concrete gained from over 20 years of experience in the trade shows in our work and our insights are available to you in our blog articles.  Allow us to share with you the specifics of concrete that are essential in ensuring your project has superior results.  Care & maintenance, before & afters, and other FAQ’s can be found on our blog site.

The need to replace concrete driveways, sidewalks, and steps in Calgary is common. We do the hard work required with precision and respect for your property.  State of the art equipment, professional labor, and attention to safety make us the preferred choice for your home or business.

Constructing a new concrete driveway in Calgary requires strict adherence to procedures and specifications that cannot be strayed from.  Gravel substrate thickness & adequate compaction, rebar spacing, concrete mix design, finishing techniques, and attention to optimal curing all contribute to the value we deliver our customers.

Stamped concrete patios are the envy of neighbourhoods.  Exposed aggregate driveways increase your properties curb appeal.  Modern brushed finished concrete will suit your home for every application.  Trends in concrete finishing styles continue to evolve over time and with our insights and attention to detail we assure that your product will have a timeless appeal that stands up throughout the years.  It is important to discuss your options with a professional to understand the different concrete finishes.

There is no better way to create your own personal space in Calgary than a custom concrete patio.  Concrete patios create places to meet and enjoy the simple things in life.  Stamped concrete and exposed aggregate are popular choices for patios.  We have also excelled at creating smoother, modern brush concrete finishes for patios. These concrete finishes are ideal because of their low maintenance needs and timeless good looks.  Adding of integral colour is an easy and affordable option for making your brushed or smooth finish patio decorative without being too busy.

Our dedication to transparent and honest communication with our customers ensures that all your questions or concerns will be addressed immediately.  We are one of the only concrete contractors in Calgary with a dedicated communications department so that you are never left in the dark wondering what is happening regarding your project.

New concrete steps & sidewalks can add significant accessibility and safety to your property while adding an upgraded aesthetic appeal.  Successful execution of concrete steps is one of the most difficult areas in concrete and we pride ourselves on doing them impeccably.  Our knowledge and practical design focused approach to concrete landscaping can help transform your property beautifully.

Our core team have been friends since junior high school in 1995.

We execute every small detail with passion and foresight.

We stay up to date with new industry technology, tools, and procedures.

Have your questions answered or invite us to your property for an estimate. Our dedicated sales and communications team are waiting to hear from you.

Here is a small sample of our work drawn from the hundreds of happy customers we have had over the years. We wish we could show you the level of passion and effort that went into all these projects. Share your plans and designs with us and let us show you what we are capable of at your property. 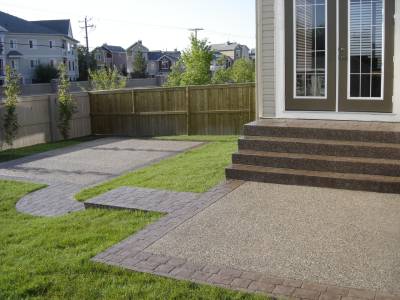 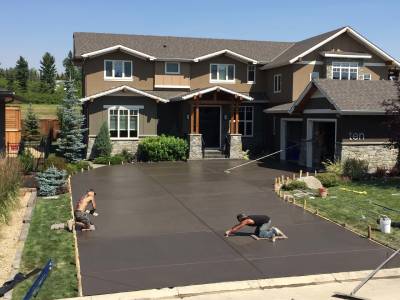 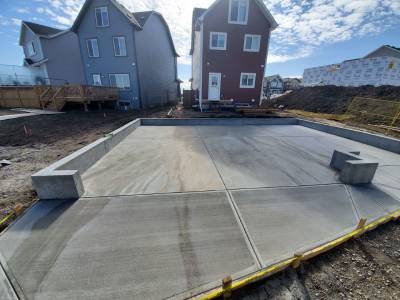 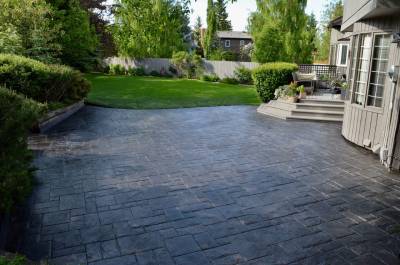 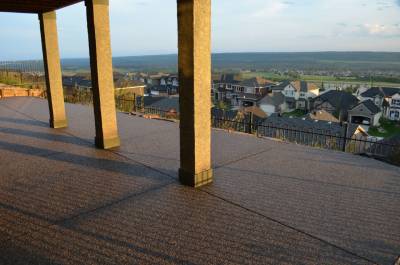 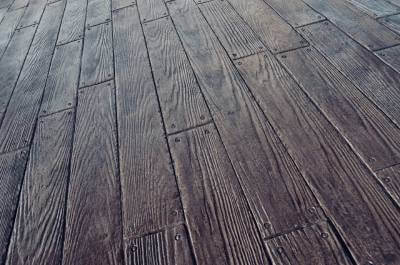 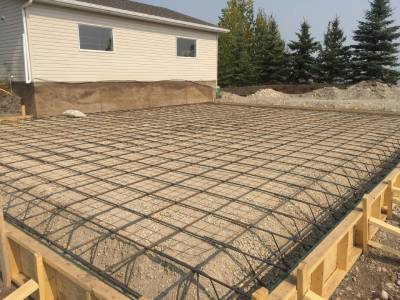 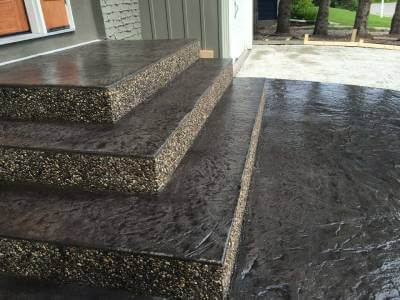 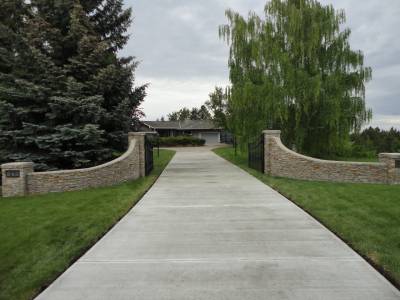 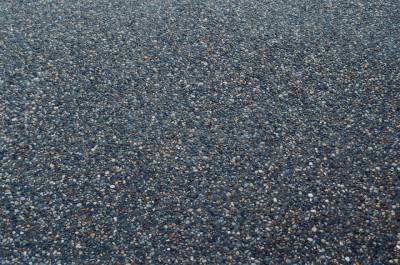 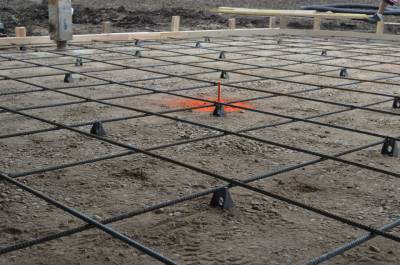 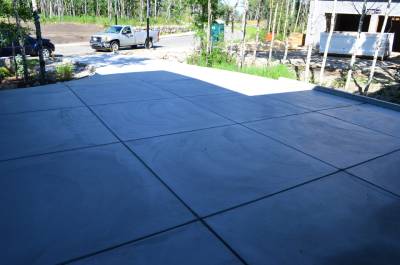 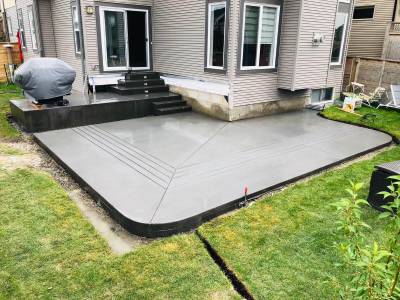 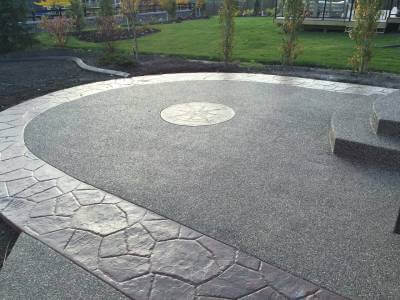 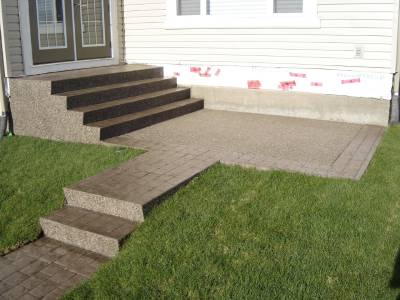 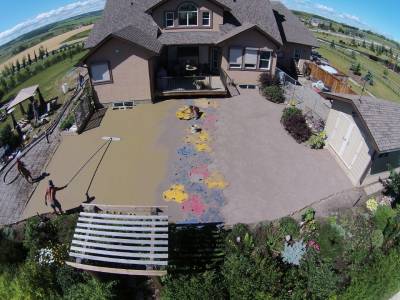 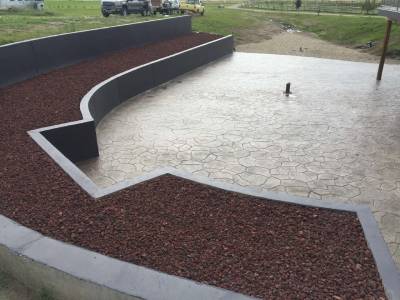 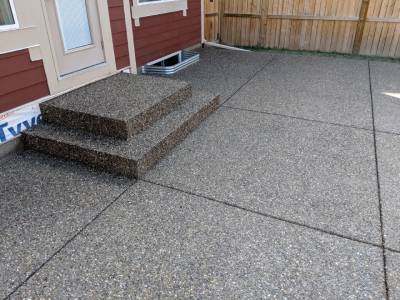 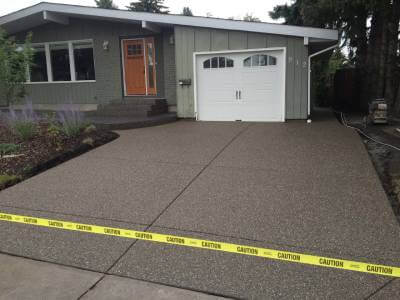 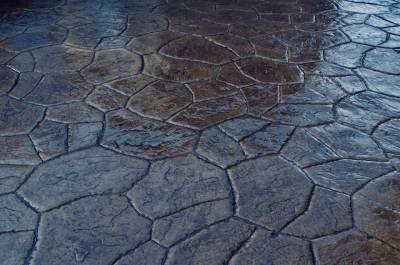 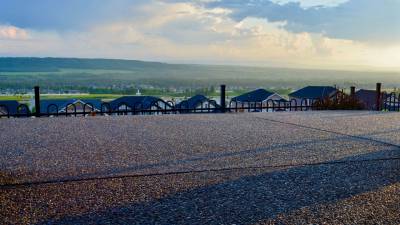 Dylan, Daniel and team at Freehold Concrete excelled in providing consistent quality work throughout our sidewalk and stamped concrete patio install last month. The entire project (even with all the normal construction activities) was a pleasure from design to final finish. We are thrilled with our new outdoor living space. The construction crew was reliable and professional in arriving on schedule and not rushing. I believe Dylan employs some of the very best. The guys asked for our feedback often. Small improvements were made immediately with no issues. The attention to detail, plus the suburb quality of the finished project speaks to the satisfaction the entire team takes in their workmanship. Our family wholeheartedly recommend Freehold Concrete.

We had our standard concrete driveway torn down and replaced by Freehold Concrete. The process with Freehold was easy from the beginning with Dylan popping by to do an estimate the very next day after my request for a quote and they were very competitive on pricing and flexible with scheduling the work from there out. Each of the various crews to come by (demo, prep, pour, final cleanup) were incredibly courteous and professional. I'd definitely use Freehold again for any other concrete needs that I have.

I had spent roughly two months contacting contractors to provide a quote to have a backyard sidewalk poured, (3' x 31') all I seemed to get was no response back or they would quote ridiculous high hoping I would bite. After calling Freehold, I received a quote within two days that was just the amount I was expecting this should cost and within a week the work was done. I am very pleased with the service they have provided, and not to mention they went above and beyond of what I expected. I had a large mound of dirt resting against my garage in the ally that was clearly not being used that they had removed for free. Also, I don't have an apron going into my garage, just gravel and they had re graded for me, again for free. Based off me experience with Dylan and their crew, I would recommend Freehold to anyone who was looking.

Fantastic experience! We had been trying to replace our front step for quite some time and had called many contractors who were not interested in our small job. I met the team when they were working on a house down the block. Had a short chat with Dylan, he looked at our crumbling front step and provided a quote that evening. The work was done within a few weeks (was able to do it early that originally planned). Wish I had found you guys sooner!

I was very happy with the new garage pad Freehold poured for me (35'x23' with 2' walls). I appreciated Dylan's responsiveness, attention to detail, and professionalism. He was always happy to answer any questions I had, and he was right there working with the rest of the crew. He also caught that our survey pin in the alley way was out by a couple inches and adjusted the location of our pad accordingly (this was later confirmed by a survey crew). The final price was fair and consistent with our initial quote and our project was completed on schedule. I'd recommend Freehold to anybody looking for a concrete contractor, even just on the basis of the customer service alone.

We did significant preliminary online research before narrowing down to a short list of several possible contractors for the project we had in mind - replacing old concrete pavers on the front walkway and around the house perimeter to the backyard gate. In every step of this process, Dylan's Freehold Concrete was a strong contender, and he was particularly notable for his prompt, clear, and detailed responses to questions and requests for options and clarifications. He listened carefully to our ideas, offered his own ideas without insisting on them, and generated a variety of alternative approaches with a non-judgemental awareness of our budgetary and aesthetic considerations. His suggestions were always explained and justified in terms of the engineering opportunities and constraints imposed by the job itself. The work was executed with excellent attention to detail, a high degree of proficiency, and a final outcome that we were absolutely delighted with. The agreed price was not the lowest estimate of those contractors we initially considered, but a rough tally of the material and labour costs convinced us that we got a bargain... and that is without reckoning on the quality of the final product, which was exceptional. Based on our experience from start to finish, we would recommend Freehold Concrete unreservedly, and without hesitation.

We would love to work for you

GET IN TOUCH WITH US

At Freehold Concrete we know that every customer wants to be able to buy with confidence. That is why we are proud to match the warranty standards laid out in the Alberta Government Construction Performance Guide. By matching the detailed standards of the Alberta New Home Warranty Program every client of ours can rest assured that they know where they stand when it comes to the quality of our work and our commitment to your investment.

A complete PDF copy of the Performance Guide available HERE

/%postname%/
#
Sort Gallery
on
yes
yes
on
off
off
off